The European Food Safety Authority (EFSA) and the European Chemical Agency (ECHA) jointly published in June 2018 the long-awaited guidance for the identification of endocrine disruptors. While being a well-thought through and worked out guidance for industry and authorities, it remains to be seen how high the hurdles for concluding whether a substance is or is not an endocrine disruptor will be.

Endocrine active substances (EAS) are substances that can interact or interfere with normal hormonal action. When this leads to adverse effects, they are called endocrine disruptors (ED). Humans and animals may be exposed to a wide range of EAS, for example via use of chemical-based products or the environment. They can be naturally occurring (e.g., phytoestrogens in soya) or man-made. Some EAS are intentionally used in medicines because of their endocrine active properties. Scientific knowledge in this area is still growing and, therefore, understanding of what EAS/ED continues to be the subject of scientific debate.

At the EU regulatory level, a first Community strategy for endocrine disruptors has been developed between 1996 and 2000. At this time, the objective was to identify the problem of endocrine disruption, its cause and consequences and to propose appropriate policy action to allow responding quickly and effectively to the problem, thereby alleviating the public concern. The European Commission was called on to identify substances to be prioritised for immediate action. This led, between 2006 and 2012, to the development of European legislation to address and regulate the use of ED in chemicals, pesticides, biocides, and cosmetics. However, while there was Regulation in place, there was neither consensus on how to define an ED nor any regulatory guidance how to identify an ED. It took until June 2018 until the European Food Safety Authority (EFSA) and the European Chemical Agency (ECHA) jointly published their guidance for the identification of endocrine disruptors in the context of the EU Biocides and Pesticides Regulations.

What is the agreed definition of an endocrine disruptor?

According to the EFSA/ECHA guidance, a substance is considered to have endocrine disrupting properties if it meets all of the following criteria:

What steps are involved in identifying if a substance has endocrine disrupting properties?

Following a very thorough and systematic review of all relevant scientific information, eventually complemented by state-of-the-art structure activity (QSAR) analysis in Step 1, the critical analysis of the data, how they are linked together and whether the weight of evidence supports a mechanistical and biologically plausible link between endocrine activity and adversity of a chemical is conducted in Step 2-5.

The publication of the ED guidance document and its application throughout the different legislation will hopefully alleviate some public concerns around chemicals occurring in consumer products or in the environment and rationalise the discussion. There is a lot of work to be done now. It remains to be seen how high the authorities will finally set the hurdles for drawing the conclusion whether a substance is or is not an endocrine disruptor.

Read-across – State of the art and next level! 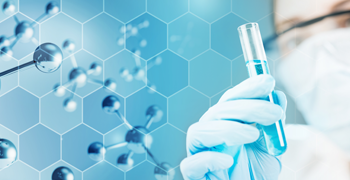 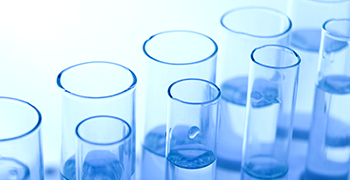