Endocrine disruptors – Recent policy developments and recommendations in the EU

In recent years, the Commission has taken steady actions and acted against EDs in line with the different requirements laid down in the relevant legislation. Specific provisions on how to address EDs are now included in legislation on pesticides and biocides, chemicals in general (REACH), medical devices and water, all of which vary to one another. Other legislation, such as that on food contact materials (FCM), cosmetics, toys or workers’ safety, does not contain specific provisions for EDs. However, substances with endocrine disrupting properties are subject to case-by-case regulatory action on the basis of the general requirements of the legislation.

As specified in the commission published the communication Towards a comprehensive European Union framework on endocrine disruptors, the Commission will consider the following key steps:

Despite significant policy updates included in this Commission communication, NGOs and the European Parliament have criticised the Commission for not taking sufficient action and for its sluggish progress on ED policy.

In March 2019, the Petitions (PETI) Committee of the European Parliament published a report Endocrine Disruptors: from Scientific Evidence to Human Health Protection in which various EU regulatory frameworks were reviewed for ED related aspects. Finally, concluding its review, the PETI committee made the following recommendations:

Overall, considering recent policy and political developments related to EDs, the horizontal application of the WHO/IPCS ED identification definition across EU regulatory framework will be a commendable first move to avoid uncertainty and confusion in uniform identification of ED. Also, recent steps by the Commission, including the application of ED criteria as a requirement for biocide and PPP authorisation, the publication of guidance by ECHA/EFSA on ED assessment, and the funding of the R&D under its flagship Horizon Europe programme, are considered as a significant progress towards its policy communication. The experience gained in ED assessment under BPR and PPPR will be very useful reference for the other sectors, e.g. cosmetics, toys and food contact materials, where currently there are no ED-specific criteria. With June 2020 being set as deadline by the European Parliament for the European Commission to update/introduce ED-related regulatory measure in cosmetics, toys and FCMs, it will be very interesting to follow these policy updates once the new Commission convenes in the end of the year.

Are you ready for the upcoming deadline for the poison centre notifications of hazardous mixtures? 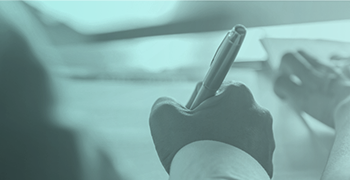