In recent years, considerable progress has been made towards promoting the development, validation, acceptance and use of alternative approaches to animal experimentation in life sciences. A range of alternative methods have been validated and accepted by regulatory bodies across the world. However, the validation and acceptance of animal alternative methods allowing to assess systemic toxicity (e.g., repeated dose toxicity, reproductive and developmental toxicity and carcinogenicity) proves to be a much more complex challenge (EURL ECVAM, 2019; JRC, 2020). This blog provides some context and an overview of EC JRC’s tender for studies that aim to provide mechanistic insights into the effects of chemicals after repeated exposures. A better understanding of chemical’s mechanisms of toxicity will contribute to the development of alternative methodologies for systemic toxicity assessment.

Until today systemic toxicity information for industrial chemicals, pesticides, biocides or pharmaceuticals is largely derived from in vivo repeated dose toxicity studies. Amongst others, these studies provide information on organ specific toxicity, dose-response relationships and the reversibility of observed adverse effects following repeated exposure to the substance of concern. Efforts are still going on to refine existing in vivo methods and assessment methodologies by including additional endpoints or by considering new endpoint assessment approaches. For example, recently, OECD repeated dose toxicity testing guidelines 407 (28d) and 408 (90d) have been updated to include additional, largely endocrine-related, endpoints into the study design with the objective to more specifically identify chemicals with the potential to cause neurotoxic, endocrine, immunological or reproductive organ effects (OECD 407, OECD 408). Moreover, the European Medical Agency (EMA) is considering new weight of evidence carcinogenicity assessment approaches on the basis of RDT studies, genotoxicity profile and/or pharmacological information which may ultimately obsolete the need to test pharmaceuticals for carcinogenicity in 2-year rodent cancer bioassays (EMA, 2016). A similar approach is being explored by the European Partnership for Alternative Approaches to Animal Testing (EPAA) for agrochemicals (EPAA, 2017).

As reported in its  annual “Status Report on the Development, Validation and Regulatory Acceptance of Alternative Methods and Approaches” of 2019, the European Union Reference Laboratory for Alternatives to Animal Testing (EURL ECVAM) identified as an important next step the conduct of studies  to gather, organise and analyse mechanistic knowledge related to the toxicological effects on target organs observed in animal models after repeated exposure to a test substance (chemical) with additional information on the relevance to humans of the mechanistic characteristics identified in animal studies (EURL ECVAM, 2019, JRC, 2020).

These studies will build on previous work conducted by EURL ECVAM to investigate specific mechanisms at the cellular level in 8 different organs that are associated with acute oral systemic toxicity (Prieto et al.,2018).

The planned studies and expected outcomes are:

Since the number of molecular mechanisms or modes of action by which chemicals induce target organ systemic toxicities is large, they could be grouped according to key characteristics of repeated dose systemic toxicity, i.e. into a number of categories in a similar way as proposed for carcinogens and more recently for male and female reproductive toxicants.

To guide the gathering of information, an initial set of descriptors of chemicals known to induce systemic target organ toxic effects could include electrophile reactivity; inducing oxidative stress; inducing inflammatory response; inducing immunotoxicity; receptor-binding modulation; epigenetic modifications; cytotoxicity; and cell proliferation. The list partly overlaps with that of the key characteristics of carcinogens as recently proposed by the International Agency for Research on Cancer (IARC); it also considers inflammation and specific cell type mechanisms contributing to acute systemic effects (described in figure below).

The interim and final technical report is expected to be completed in approximately 12 and 24 months from the studies, respectively. 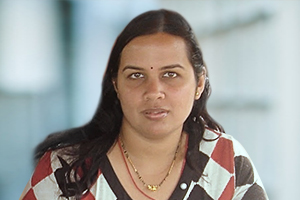 Scroll
We use cookies to ensure that we give you the best experience on our website. If you continue to use this site we will assume that you are happy with it.Ok